October Independent Bookshop of the Month

This month’s Independent Bookshop of the Month is the London Review Bookshop. It is located in Bloomsbury just around the corner from the British Museum and stocks a huge selection of books from a varied range of publishers. What’s more is that the shop also has a lovely café promising a cup of something hot to accompany your latest read which fulfils everyone’s book nook desires.

The shop was founded in 2003 by the people behind the London Review of Books. The London Review of Books  is Europe’s leading magazine of books and ideas. It is published twice a month and the writers within it explore a wide variety of subjects. They look at anything from politics to science and technology via history and philosophy. Each issue also contains poems, an exhibition review, ‘short cuts’, letters and a diary. We spoke to the team at LRB to find out more...

How did the shop begin?

John: You might say we were ‘born and raised’ in Bloomsbury; North London is certainly in our blood! The LRB offices were originally located just off Russell Square, near the playground, and it was there that many of our staff and booksellers spent their formative years. Unfortunately, we got into a legal tussle with two developers, and Natalia, our manager, insisted that we relocate to Bury Place. The books were moved by taxi; I remember the day well, even down to the numberplate of the cab, and the furry dice hanging in its rearview mirror! But I stayed taciturn. On arriving in our new premises, there was a palpable sense that we’d finally arrived, and our stools behind the counter – which would soon become very familiar! – felt as new and welcome to us as thrones.

Do you have any exciting plans for the future?

We’re competing in the Summer Pub Olympiad with several other small London bookshops – petanque, bar billiards, darts and table skittles at four different pubs – which we plan to absolutely smash.

If you weren’t running a bookshop, what would you currently be doing?

Where is your favourite place to read?

Claire: “I don’t have one. No, hang on, it’s not a physical place. It’s more like a time window. I’ll take it wherever I can get it.”

As you can see from our interview the staff at LRB are a happy bunch. We especially love their hilarious twitter page! @LBRBookshop 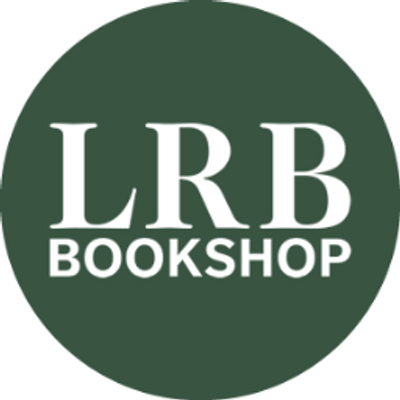